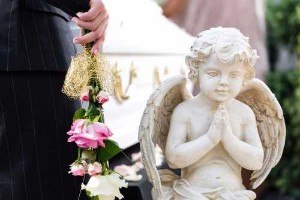 Here is some information on the most common wrongful death cases in the Las Vegas area. If you would like to bring forward a wrongful death suit, please contact our experienced attorneys today to arrange a free consultation and discuss your potential case.

In Las Vegas and its suburbs, the year 2017 proved to be the deadliest yet this century. Including the tragedy at the Route 91 Harvest festival in Paradise, the Las Vegas Metropolitan Police reported that 264 deaths by homicide occurred in the Las Vegas region as well as unincorporated areas of Clark County. Factoring out the catastrophe on October 1, the year’s 171 deaths just barely surpassed the record of 168 deaths set one year earlier. Not every single one of these homicides has the potential to spur a wrongful death lawsuit, of course, but those that involved accidental shootings or excessive force by police officers may be eligible.

In addition to firearm- and violence-related deaths, the state of Nevada is home to several hundred traffic fatalities each year. In 2015, there were 321 deaths in motor vehicle collisions and accidents across the state, both a sudden jump from the 291 traffic fatalities in 2014 and the highest number of deaths since 2008. The number of annual deaths peaked in 2016 with 329 fatalities before decreasing to 305 the following year. But while deaths in motor vehicle collisions fell slightly, pedestrian fatalities jumped by 25% in 2017. Even as the Nevada Department of Transportation takes measures in order to improve road safety, pedestrians and drivers alike in the Las Vegas metro area still have to remain aware of the risks of using the road. In the majority of these motor vehicle fatalities, the drivers of the vehicle involved in the collision can be sued for wrongful death.

Doctors take the Hippocratic oath to demonstrate their commitment to treating the sick, and while most doctors in Nevada honor this commitment, there are some who fall short. Deliberate neglect or accidental oversight by a health professional can result in injury or death. An emergency medical technician may fail to take note of a significant wound, an anesthesiologist can over-prescribe medication, or a doctor may misdiagnose an ailment and instruct nurses to administer the wrong kind of treatment. Medical malpractice and wrongful death lawsuits often go hand in hand, both involving some of the same criteria and falling under the personal injury umbrella.

However, the laws in the state of Nevada differ with regard to the amounts that relatives of the deceased can receive in compensation. In wrongful death lawsuits, according to the Nevada Revised Statutes, relatives can seek damages according to a number of different factors, and there is no clearly defined limit to the compensation. With regard to medical malpractice, however, Nevada’s residents voted in 2004 for a cap of $350,000 on non-economic damages, and the Nevada Supreme Court upheld this limit in 2015. This difference in payout is stark, and advice from a personal injury attorney will help you to determine whether a medical malpractice or wrongful death case would be more appropriate.