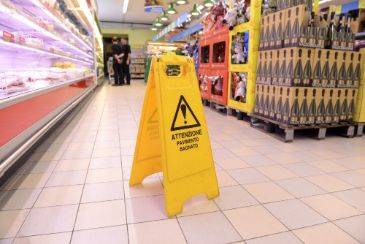 Slip and fall injury claims in Nevada fall under the same category as premises liability, meaning that if the owner of the property in which you were injured was negligent in maintaining that property, then you are eligible to recover damages against them. For more information, contact Murphy & Murphy Law Offices to schedule a free consultation.

Get Our Free Slip and Fall Injury Guide

According to the Nevada Revised Statutes, a person who was injured in a slip and fall had two years to file a claim. After that point, the statute of limitations runs out. In addition, Nevada personal injury law contains a “comparative negligence” rule, which dictates that the injured party in a slip and fall can receive compensation proportional to his or her own responsibility for the accident. If a court or jury were to find that an injured person was 10% responsible for an accident, he or she would receive 90% of the possible compensation. However, if the injured person were found to be more than 50% responsible for the accident, there would be no compensation.  There is no “strict liability” in Nevada for slip and fall cases. That means you are not entitled to compensation just because you fell and were injured. This is true no matter how badly you were injured.  Instead, you must prove that the hotel, casino, store or property owner was negligent, and that the negligence caused your fall and injuries.

Fall injuries are especially dangerous to senior citizens and elderly people.  Senior citizens’ bones are more brittle and are easier to break in a fall than are younger peoples’ bones.  Often fall injuries require senior citizens to have surgery such as hip replacements.  Major surgeries like hip replacements can cause the senior citizen’s health to rapidly deteriorate and lead to death.  As you may suspect, the insurance adjusters and risk managers for insurance companies, hotels, and casinos often deny that the catastrophic results had anything to do with the fall and is completely unrelated.  The family members know different.

If you have been injured in a Las Vegas slip and fall, call us today to put our years of trial experience to work for you.