If you or someone you love was injured while riding a bike, contact Las Vegas bicycle accident lawyer Craig Murphy for a free one-on-one consultation.

Every May in the United States is National Bike Month, and the celebration serves both to encourage bicycle use and to raise awareness of bicycle safety. Opting for a bicycle over a car vastly reduces a rider’s carbon footprint and provides a wealth of health benefits, but bicycles do have a concerning disadvantage: they can be less safe than motor vehicles are. The Las Vegas metro area has warm weather almost all year long, and while this may make Clark County seem to be a haven for bicyclists, statistics tell a different story. 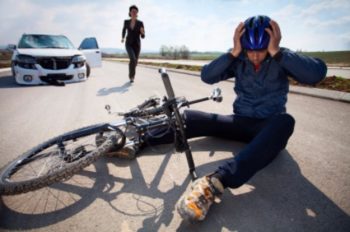 The Nevada Department of Transportation tracks all bicycle accidents that occur within the state’s borders, and the DOT has found that no year within the past decade has been accident-free. Despite the state government’s measures to keep Las Vegas and the whole of Nevada as safe as possible for bicyclists, the Silver State is still the home of at least a dozen bicycle accidents each year that end in serious injury, if not death.

Even though bicycle accidents are an all too common occurrence, they are not excusable. If you or your loved ones were injured in a bicycle accident, you have the right to pursue legal action against the person responsible for the tragedy. If you have any questions about how to begin the process of filing a personal injury claim, experienced Las Vegas bicycle accident lawyer Craig Murphy would be glad to help you.

How Common Are Bicycle Accidents in Las Vegas?

The number of bicycle accident fatalities across the state of Nevada varies from year to year, most recently from a minimum of three deaths in 2012 to a high of ten in 2015. Fatal and non-fatal bicycle accidents alike affect individuals of all demographics in Nevada, but male cyclists are far likelier than female cyclists are to die in bicycle accidents. Riders who are children, young teenagers, or middle-aged account for the majority of fatalities. Proportionately, August is the deadliest month for cyclists in the state of Nevada, and while Sunday is the day with the fewest bicycle rider fatalities, a plurality of deaths have occurred on Fridays and Saturdays.

Why Do Bicycle Accidents Happen?

The Nevada Department of Transportation has found that the most frequent element of bicycle accidents is improper crossing, which refers to a bicyclist does not observe standard safety protocols when riding across a lane or intersection. The second greatest factor is failure to yield, that is, when either the bicyclist or the driver of a nearby car neglects to let the other vehicle pass. Though it may seem paradoxical, riding a bicycle on the sidewalk is often riskier than cycling in a roadway can be, and bicycle accidents regularly occur when a cyclist on a sidewalk swerves to avoid a pedestrian or object and suddenly darts into the street.

Many bicycle accidents were not the fault of the cyclists, but that does not mean that bicyclists never contribute to these accidents. In fact, the DOT reports that a majority of cyclists who seek medical attention after bicycle accidents are intoxicated, having consumed alcohol or taken drugs in the hours before taking to the road. It is cases such as these that weaken cyclists’ legal claims; if a Las Vegas bicycle accident lawyer is pressured to admit that her or his client was under the influence at the time of the accident, the cyclist may be unable to recover most or all damages. For this reason, it is critical that survivors of bicycle accidents contact with their attorneys as soon as possible to discuss any elements that may weaken their cases.

Has the Nevada Department of Transportation Done Anything to Prevent These Accidents?

The Nevada DOT has striven for years to put measures in place that limit the incidence of minor and severe bicycle accidents. One of its best-known tactics has been the creation of bike lanes, which are reserved almost exclusively for bicyclists. Motor vehicle drivers are prohibited from stopping in, crossing, or driving in bike lanes unless the drivers are entering or exiting a driveway, ordered by a police officer to do so, or facing an imminent emergency. A fair share of bicycle accidents stem from motor vehicle drivers failing to observe this rule or to yield to bicyclists, who have right-of-way in intersections just as pedestrians do.

Drivers in the Las Vegas area should also note the Nevada Department of Transportation’s recommendations, collectively known as “Zero Fatalities,” about how bicyclists and motor vehicle drivers should work together and independently to better ensure road safety. Bicyclists should opt for riding in bicycle lanes or even roadway shoulders if either is available. Even if cyclists ride in bicycle lanes, they are required to equip their bikes with red reflectors and white headlights while riding at night. Reciprocally, cars must maintain a distance of at least three feet from cyclists in bike lines or on shoulders. When neither of those two features is present and cyclists must use the main roadway, drivers should change lanes in order to better share the limited space.