If you’ve suffered a dog bite, you need an experienced Las Vegas dog bite lawyer with a proven track record of success. Call for a free consultation.

Every spring, the United States observes an event called National Dog Bite Prevention Week. Though many may not have heard of this campaign, veterinarian and animal rights activists across the country continue to reserve the second week of April each year to raise awareness about the dangers of contact with dangerous canines. We may love our dogs, treating them as members of the family, but dog bites are a serious matter that can unfortunately transcend the bonds we share with pets. 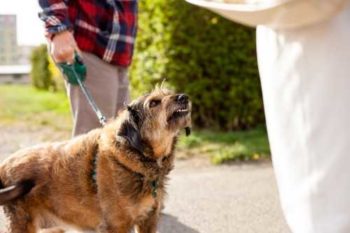 Dog bites are a far more common mishap than most may think, with thousands of cases occurring each year. While responsible pet owners may take extra precautions to ensure that their dogs remain peaceful and obedient around others, many less conscientious individuals allow their dogs to become vicious, often leading to tragic results. If you or your loved ones have been injured due to a dog bite in the Las Vegas area, pursuing legal action is the only way for you to fully recover from the incident. Our team of dog bite injury attorneys has years of experience consulting victims of dog bites in Nevada, and Las Vegas dog bite lawyer Craig Murphy has put together some responses to frequently asked questions that will help you to decide which steps to take next.

How Common Are Dog Bites in Las Vegas?

Clark County is home to about 1000 reported dog bite incidents each year. Between 2003 and 2009, for example, 6798 dog bites occurred across the county. A plurality of these cases happened in Las Vegas, the largest city in both Clark County and the state of Nevada. About seven dog bites occur each day in Clark County, and while only a minuscule number of attacks each year result in death, residents of Las Vegas, Henderson, and the rest of the county should bear in mind that dog bites remain a widespread problem.

What Should I Know if I Was Recently Bitten by a Dog?

The most important fact about dog bite cases is that, far more often than not, the person who was bitten is not at fault. Some cases do involve a dog acting in a dangerous manner in response to abuse, and these cases are likelier to put the blame on the person who chose to mistreat and provoke the dog, but situations such as these make up only a fraction of all the dog bite cases each year. Instead, the majority of cases center on innocent people who were bitten by dogs that were improperly supervised by their owners. The dog as well as the dog’s owner will almost certainly be held at fault, but the degree to which either is responsible varies significantly.

Following a dog bite, your chief concern should be to seek medical attention as soon as you are safe. Speaking with or even attempting to locate the dog’s owner is also critical; the owner’s reaction to the incident can speak volumes and potentially strengthen your claim later in your case. You should collect the contact information of any and all witnesses, and reporting the event to the police is a necessity. Once you have communicated with law enforcement and received care from a doctor or emergency medical technician, you can call a Las Vegas dog bite lawyer in order to learn about how to proceed further.

Are There Any Steps That I Can Take to Prevent a Dog Bite?

One of the most basic steps in reducing the likelihood of a dog bite or attack is to stay cautious around larger dogs, as multiple studies have shown that only a few breeds of dogs are behind the lion’s share of dog bite-related fatalities. Dogs belonging to these breeds are not inherently vicious, but they may appear more threatening due to their size and strength. Depending on the study cited, pit bulls and pit bull mixes cause between 25 and 60% of all deaths from dog bites and attacks. Rottweilers rank next, albeit as a distant second; roughly one in seven dog bite fatalities stems from an attack by a Rottweiler. Other breeds that are frequently responsible for dog bite-related deaths are German shepherds, huskies, American bulldogs, and bull mastiffs.

It is important to remember that correlation does not equal causation, and most dogs from these breeds will never show any sort of violent tendency. Victims often blame a dog’s breed rather than more relevant factors for leading to an incident, and this is why breeds are frequently included as the reason behind attacks. The science, however, disagrees. State Farm Insurance has even noted that there is frequent misidentification of dog breeds during attacks, and breed-specific legislation has not been proven effective at curbing dog bites. Nevertheless, maintaining a safe distance from the inherently larger dogs of the above breeds, especially if the dogs do not appear to be supervised or securely leashed, may lower the risk of an attack.

Dog owners, particularly those who own a dog belonging to one of the above breeds, must take proper care of their pets if they want to avoid involvement in a lawsuit. They should not choose a dog with a temperament that is unlikely to be compatible with the owner’s home environment; residents of apartment buildings in big cities, for example, should think twice before adopting large dogs that need ample space. Dog owners should not wrestle, antagonize, or act cruelly towards their pets, as any combination of these actions can exacerbate a dog’s viciousness.

What Does the Law Say About Dog Bites in Las Vegas?

The laws of most states in the US feature “dog bite statutes,” which place dog owners at fault for almost every instance of damage or injury that their dogs cause. Nevada, however, is an exception. Instead, dog bites and attacks in the Las Vegas area fall under the “one-bite” rule, which does not hold an owner accountable for a dog’s first bite. This first bite, though, establishes precedence for any future attacks. If your injuries result from an altercation with a dog that has previously bitten others or exhibited a tendency for violence, the dog’s owner will likely be held accountable. To find out if you have a case, contact Las Vegas dog bite lawyer Craig Murphy for a free one-on-one consultation.

Following a dog bite attack, you may worry that your injury may not be significant enough to warrant legal action. Our Las Vegas dog bite lawyer is well aware that every bite deserves attention, and it is our pledge to help you receive the compensation that you deserve. Contact our attorney office today if you have any questions or concerns about how to respond to injuries that you or a loved one have suffered as a result of a dog bite.