Pedestrian accidents are rapidly becoming an epidemic across the United States. Even though Nevada has a population of just shy of three million residents—less than 1% of the US population—the Silver State has been experiencing a steady, unsettling upswing in foot traffic fatalities in recent years. In 2017, the most recent year for which data is available, an even 100 pedestrians across Nevada met their deaths in motor vehicle accidents. This sobering statistic is 25% higher than the number of pedestrian deaths in the year 2016, during which there were 80 pedestrian deaths in Nevada. With the number of pedestrian fatalities in the state consistently increasing since 2010, when only 41 such deaths occurred, a joint effort among authorities, drivers, and pedestrians has emerged in order to promote road safety. The Nevada Department of Transportation’s goal of “zero fatalities” may eventually become a reality. 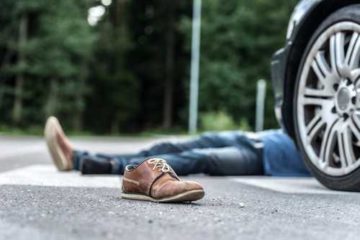 In the meantime, though, pedestrian deaths in motor vehicle accidents remain a major problem. Despite Sin City’s appeal to tourists as a vacation hotspot and to longtime Nevadans as a hub for job opportunities, its streets still present a danger to pedestrians and drivers alike. If you or a loved one was injured as a pedestrian in a motor vehicle accident, you will need the guidance and support of an experienced Las Vegas pedestrian accident lawyer in order to receive the compensation that you deserve. Whether you were a resident of Clark County or a tourist time off work, our team of Las Vegas attorneys, with their years of experience in local and state law, will advocate on your behalf at every step of your personal injury case.

Are Pedestrian Fatalities Common Throughout Nevada?

The Las Vegas metropolitan region, as the most densely populated area in the state of Nevada, was where the majority of each year’s worth of pedestrian accidents and deaths occurred. Of the 100 pedestrian fatalities throughout Nevada in 2017, 78 happened in Clark County, the home of Las Vegas and its suburbs. This rate is similar each year; between 2010 and 2017, an average of three out of every four all pedestrian fatalities in Nevada happened in the Las Vegas metro area.

These statistics have not gone unnoticed. The Nevada Department of Public Safety has linked safe driving and public education efforts throughout the state to the 7% decline in traffic deaths in 2017, a year when Nevada’s population actually increased. However, authorities have maintained a watchful eye over the Las Vegas area, where the number of pedestrian accidents and fatalities continues to keep climbing even as all other types of motor vehicle collisions drop in frequency.

Who is to blame for these fatalities? The answer varies from accident to accident, but there are two frequent trends: pedestrians failed to carefully prepare to cross roads, and drivers were not using safe driving practices. In some of these pedestrian accidents, both trends were at work at the same time. Many fatalities in 2017 occurred when pedestrians neglected to look both ways before crossing Las Vegas’s busy streets, were distracted by their smartphones while crossing, or chose to jaywalk instead of use a crosswalk at an intersection. In the accidents in which drivers were the primary causes of pedestrian fatalities, a number of drivers struck pedestrians while speeding excessively or after losing control of their vehicles. Whatever the cause behind these many accidents, the bottom line is that Las Vegas’s pedestrian death toll dramatically and unforgivably climbed last year.

If I Am a Pedestrian in Las Vegas, Where Should I Take Extra Precaution?

Pedestrian fatalities in Las Vegas are not necessarily limited to any one environment. Some areas are more prone than others to cause pedestrian deaths, such as Boulder Highway, which was named Las Vegas’s deadliest road in 2015. However, even areas where cars tend to travel more slowly can be home to pedestrian fatalities.

Gated communities and private streets are common sites of pedestrian accidents, and because these accidents are counted separately than those that occur on public roads, the total number of pedestrian fatalities in Las Vegas and Nevada on the whole is higher than reported. The city’s expansive parking lots, despite the common perception that they are inherently low-speed areas, may also foster pedestrian accidents. When people on foot become lost or attempt to sprint across the asphalt, cars may quickly turn a corner, and a collision can follow.

Even though crosswalks are designed to serve as the safest possible spaces for pedestrians and motor vehicles to share, a significant portion of Las Vegas’s pedestrian deaths happen each year at intersections. Drivers who speed through amber lights and pedestrians who race across crosswalks at the last second can both contribute to major accidents.

When Should I Reach Out to a Las Vegas Pedestrian Accident Lawyer?

Regardless of the type or severity of your injury, contacting a Las Vegas pedestrian accident lawyer should be among your highest priorities. Once you have received medical attention and spoken with the proper authorities, you should reach out to an attorney as soon as you are able. Time is of the essence, and speaking with a Las Vegas pedestrian accident lawyer shortly after your accident will allow you to prepare for your legal claim. You will be advised to provide as much documentation as you can, as your attorney will need to know the ins and outs of the accident that led to your injury in order to provide thorough support.

Pedestrian accidents in the Las Vegas area have a high casualty rate and a near-guarantee of injury. As such, pedestrian accident cases tend to focus on two factors: who was at fault for the accident and how severely the pedestrian was injured. Pedestrian accident lawyer Craig Murphy is committed to defending injured parties and their loved ones in the courtroom, and no personal injury case is unworthy of consideration. If you have any questions or concerns about the first steps after a pedestrian accident, our team of attorneys would be glad to provide comprehensive advice.