The workplace should be a safe place and in most cases, it is. But there are situations where you might have more to worry about than completing your annual report on time or meeting your quarterly sales quota. 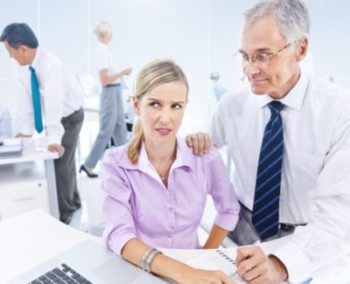 Perhaps it’s a coworker who’s making sexually explicit jokes around the water cooler. Or maybe your boss promises you a promotion if you go out on a date with him. Whatever the conduct may be, if it is unwanted and of a sexual nature, then there’s a good chance it’s sexual harassment.

To the sexual harasser, it may appear like this is harmless office behavior or simply workplace banter among colleagues. But if you’ve ever been the victim of this type of conduct, you understand how uncomfortable and threatening these actions can be. Due to the differences in power or fear of retaliation, it can make it almost impossible for you to stand up to the harasser. And if you do, you could jeopardize your professional future or physical safety.

Even if the sexual harassment is not intended to be a form of bullying, that doesn’t make it any easier to endure or change the fact that the sexual harassment is wrong and illegal under federal and Nevada law. But how exactly do you use the law to protect yourself against this unwanted sexual conduct? That’s where finding an experienced Las Vegas sexual harassment lawyer can help, where they can guide you through the administrative and legal process. But until you consult with an attorney, the following information may be able to provide some guidance on how to handle your unfortunate situation in the workplace.

What Is Sexual Harassment?

Sexual harassment is a form of sex discrimination and constitutes any conduct in the workplace that is of a sexual nature and is both unwelcome and creates a hostile or offensive working environment. Based on this definition, there are two components that must both be present for sexual harassment to exist.

Second, the unwanted sexual conduct makes the victim uncomfortable to the extent that it interferes with work or creates an intimidating, offensive or hostile work environment. This is a broad concept and can include anything of a sexual nature that intimidates or offends the victim.

There are two types of sexual harassment, quid pro quo and hostile work environment. Quid pro quo is a Latin term that translates to “something for something” and refers to a situation where an employment action is directly tied to a sexual favor.

The classic example of quid pro quo sexual harassment occurs when a boss tells a subordinate that she must sleep with him if she wants to keep her job, receive a promotion or get a raise.

How Can I Stop Sexual Harassment at Work?

The first thing you will likely need to do is tell the person to stop. It’s possible that they do not realize what they are doing is unwanted or making you uncomfortable. Even if they do know, if you want to take legal action later on, it helps if you can say that you informed the harasser that the conduct was unwanted and that you told them to stop.

Whatever you decide to do, always write down what has happened to you and when. Include as many details as possible, such as who was involved and who might have witnessed the sexual harassment. Keeping the facts straight will increase your credibility should you decide to legal action in the future.

Are You Looking for a Las Vegas Sexual Harassment Lawyer?

Let’s talk. Really, you and me. Call today for a free one-on-one consultation.