As the news started coming in about the Las Vegas shooting, my first reactions were disbelief and denial that it could happen. As the news developed, my disbelief and denial turned to shock and a feeling of being completely stunned. Quickly our thoughts turned to whether we knew anyone who was attending the concert and whether or not they were all right. Then we started seeing the videos and hearing the numbers of innocent people killed and injured. 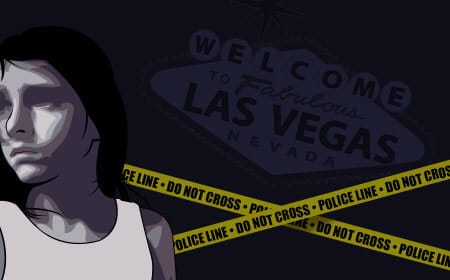 Over the next hours and days, the horror of the massacre continues to haunt us, Las Vegas, and the nation as a whole. At this time there are approximately 60 deaths, between 500 and 600 people wounded and injured, and untold thousands who have been emotionally scarred by this murderous attack.

At this time, nearly a week later, there are so many unanswered questions. The motive for this massacre remains unknown. The police and the FBI seem to be at odds with the press who are demanding information and explanations. Unfortunately, Stephen Paddock, the Las Vegas shooter, either hid his tracks or had no social media presence that would provide clues about his twisted motives.

Our hearts go out to the victims of this senseless and brutal shooting attack of helpless, unarmed victims. The unfortunate truth is that life goes on for the rest of the world.

But for the victims and their families, they are stuck in the middle of a nightmare. For some, that nightmare may just have begun on October 1, 2017. For those who lost a loved one as a result of the shooting rampage, they may have lost the primary breadwinner or significant source of income that helped pave the families bills. For those who were injured, many remain in the hospital unable to return to work. However, all of their bills and payments are still due and owing. Those families have to pay their house payments, rent, electric, phone bills, credit card bills, and all of the other bills and payments that we all have to make on a monthly basis.

For those unfortunate families who have lost a loved one or have a family member who was seriously injured, not only do they have to deal with their shock and grief, they must now deal with the pressing issues of how they are going to pay their bills. How are they going to make ends meet and fulfill their financial obligations when they have either permanently or temporarily lost their source of income? What, if any, resources or legal actions are available to the victims and their families?

If you are a victim of this horrendous shooting, I hope to provide you with valuable information so that you know and understand your rights in this situation. I also hope that this information acts as a guide for you to take the steps necessary to help guide you through this aspect of having to deal with the aftermath of this horrendous and senseless shooting. I want you to know your legal rights and where you may be able to turn for help.